What would a marketing campaign for America’s public lands look like? It’s a timely question, as America’s parks and monuments seem to need awareness now more than ever.

A few months ago, Department of the Interior Secretary Ryan Zinke released a list of 27 national monuments the administration has put under “review.” This review could potentially result in changes to the levels of protection these lands currently enjoy. These monuments are similar to national parks in that they are open to all Americans for recreation, and often include unique features, ecosystems and history.

With all that these places have to offer and the current threats knocking at the door, how could a marketing campaign help to protect and promote these priceless places? As someone who benefits from the outdoors through trail running to relax and recharge, this is how I envision creating a campaign to generate awareness and support for these national monuments.

Carrizo Plain National Monument, CA. One of 27 monuments under review. Photo by @uscbarrow90

First, we need to identify the goals of the campaign. What do we want audiences to feel, think and do as a result? For this initiative, we want to create a campaign that:

Canyons of the Ancients, CO. One of 27 monuments under review. Photo by @talesfromthemutiny

Who cares and why?

Outdoor enthusiasts are the biggest cheerleaders of public lands and they encompass a wide range of personas. This campaign should have broad appeal – using compelling facts and storytelling to empower these audiences and make it easier for them become ambassadors for public lands. The key is tapping into their emotional experiences and reminding people why it’s so important to protect them.

For me, there are several themes that reinforce the importance of the outdoors and should be weaved into a campaign.

Cascade Siskiyou, OR. One of 27 monuments under review. Photo by @peakinspiration

Freedom
National Monuments provide a place for all Americans — not just the wealthy few — to play. In a technology saturated existence, these places provide rare sanctuaries of peace and a chance to experience awe.

They are our national heritage
Each of the 103 national monuments represent a time or place that is important to our history as an American people.

Clean air and clean water
Mountains, forests, and rivers are the source of many natural amenities on which we depend. Public lands provide these resources to a vast number of Americans (more than 124 million get their clean drinking water from national forests). Grasslands and forests also filter air pollution from fossil fuels and industrial activity. Left undisturbed, they will continue to benefit us – free of charge.

Beauty
All the photos in this post were lent eagerly by regular people on Instagram who frequent these monuments. No filter necessary. You can visit the Louvre in Paris, wait in line, and sit 10 feet back for a glimpse of the Mona Lisa. In America, you get to step into the painting.

They are a proven economic powerhouse
A few months before announcing the monument review, Secretary Zinke announced that 2016’s record visitation of 331 million visitors at America’s National Park Service sites contributed $34.9 billion to the U.S. economy – a $2.9 billion increase from 2015. And that’s just what goes to the government coffers. The impact of outdoor recreation on America’s economy is almost as big as that of hospital care. This $887 billion in annual consumer spending creates the outdoor recreation economy that directly supports 7.6 million American jobs.1

Happiness and Health
At their core, most public lands are places set aside for leisure and enjoyment. Participating in outdoor activities gives people a feeling of accomplishment, an escape from life’s pressures and a connection with themselves.2

When you put all of these messages together, the complete picture about the return on investment in public lands is truly staggering. The benefits span human health and happiness while proving to be a sustained driver of economic activity. That’s the core message and story that should be told. Not only do these places feed the soul, they feed the economy as well.

“The Outdoor Recreation Economy is a force – from the smallest rural towns, to the most densely packed cities – and it powers a vast economic engine that creates over $887 billion in consumer spending and over 7.6 million good-paying American jobs. It brings more sustainable jobs than many of the top U.S. industries, such as finance and insurance, computer technology and construction. As a nation, we must protect our public lands, the foundation of the Outdoor Recreation Economy. Investments in outdoor recreation on public lands and waters earn compounding returns in the form of healthier communities, healthier economies and healthier people.” 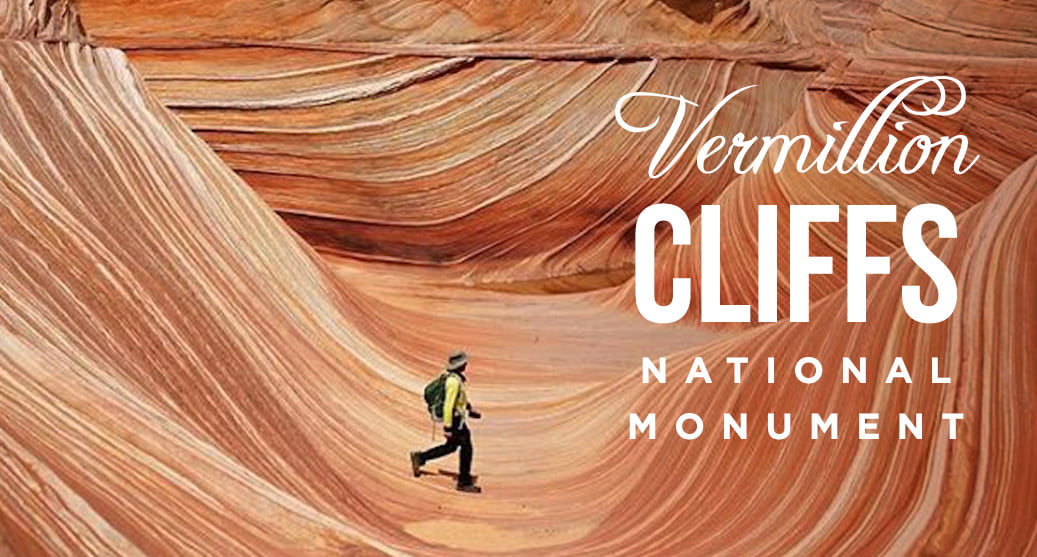 Vermilion Cliffs, AZ. One of 27 monuments under review. Photo by @rpjrphotos

I’ve seen well intentioned messaging about public lands occasionally take on an alarmist and partisan tone that can shut down engagement and turn off audiences before they have a chance to digest the information. Even core supporters may be hesitant to engage with and share content that appears too political. To appeal to and engage a wide range of people, it is best to take a non-biased, educational approach with a positive slant.

When people across the political spectrum come together for a common goal, real change can happen. Such was the case when liberal hikers joined conservative hunters to create enough awareness to withdraw a bill that proposed selling off 3.3 million acres of federally owned land in western states.

The government is taking public comments on the monument review until July 10. You can add your name at MonumentsForAll.org.

Back to All Posts